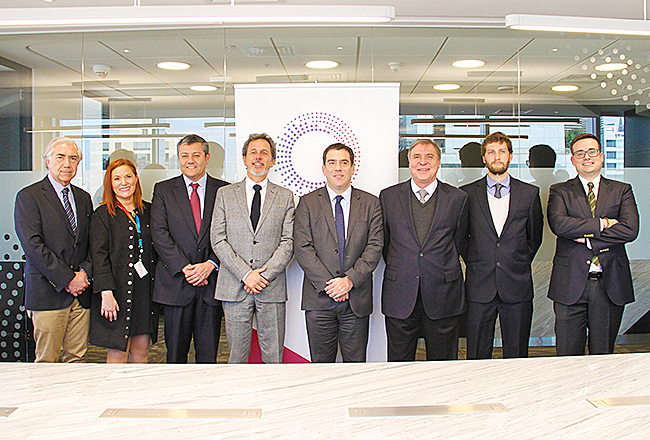 The signing of this agreement positions ENAP as leader in managing agreements that will allow greater energy integration between both countries.

The signing of this agreement positions ENAP as a leading company in managing agreements that allow greater energy integration between both countries.

A new operation to export natural gas from our country to Argentina began today after the signing of a framework agreement between the two countries, which establishes the general conditions for the supply of this hydrocarbon during winter for the next three years.

The signature of this agreement that strengthens the energy integration between both nations is a result of the efforts made by ENAP with the Argentine state-owned company IEASA (ex ENARSA).

For the third consecutive year, shipments would be supplied by ENAP, ENEL, and Aprovisionadora Global de Energía S.A. (AGESA, part of the CGE group) and would be transported through the Electrogas and GasAndes pipelines. This last gas pipeline connects the Metropolitan Region of Chile with the Province of Mendoza in Argentina through a 450 km pipeline that crosses the mountain range of the Andes.

The signing of a framework export agreement for the next three years will allow the daily export of a maximum volume of 3 million cubic meters for the period that the parties negotiate annually.

The process was led by ENAP, which acted as an articulator of the business with its state-owned counterpart in the neighboring country IEASA (ex ENARSA), reviewing and integrating the quantities of natural gas available in the local market of the different actors.

Marcelo Tokman, Chief Executive of ENAP, said: "The start of a third consecutive shipment of natural gas to Argentina represents a great step forward towards energy integration between both countries.” For her part, Loreto Silva, Chairwoman of the company's Board of Directors, stressed: "ENAP, once again, stands out as an articulator of energy solutions that will allow Chile to place available gas in other markets, and be a viable business alternative for our neighbors in moments of greater energy need."

The General Manager of Enel Chile, Nicola Cotugno, highlighted the business model and the benefits for the country. "This operation is done for the third year, and it is only the beginning for multiple businesses that can be articulated between both markets. We see different integration opportunities between Chile and Argentina, in which Enel will be present, contributing its capacity to generate value, for its shareholders and for the countries in which it is present. In addition, this operation is complemented by those carried out by Enel in Chile, supplying gas for generation, consumption of industrial customers and residential gas distributors, from Antofagasta to Temuco."

For his part, the general manager of Aprovisionadora Global de Energía (AGESA, subsidiary of CGE), Klaus Lührmann said: "It is very important the participation of Provisionadora for the third consecutive year in the export of natural gas to Argentina during winter, even more so if we take into account the recent subscription between Chile and Argentina of the agreement on energy integration that will allow, in the short-term, the free commercialization, import, export, and transport of natural gas and electric power".

Raúl Montalva, General Manager of GasAndes, said: "We hope that this gas transport, through our pipeline, will increase in the future, incorporating greater volumes transported in any direction, making fully functional the bidirectionality of our pipeline and thus contribute even more to the energy integration between Chile and Argentina."